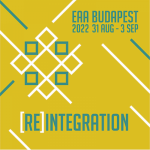 Our team has been busy investigating medieval (war)horses since 2019 and it was time to share our work with the research community on the international stage. So, we headed to Budapest (in person and digitally) to host the session ‘Dark Horse – Archaeologies of Horses and Horse Culture in the Middle Ages’ at this year’s European Association of Archaeologists (EAA) Annual Conference. 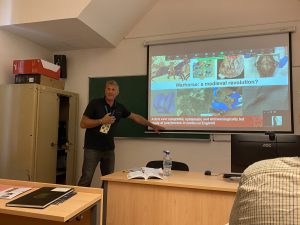 In a lecture room on the campus of Budapest’s Eötvös Loránd University, we attracted a sizeable crowd very interested in all the horse-y research presented throughout the day. Colleagues from around the world showcased their explorations into medieval equine archaeology – we heard about various aspects of equestrian material culture, such as horse armour, bits and harness pendants; how horses were treated in life and death; and several papers asked what a medieval horse (ought to have) looked like. Interdisciplinarity was clearly evident in all of the presentations; from history and traditional zooarchaeology to genetics and isotopic analysis, everyone made valuable contributions to the bigger picture (see here for the Session line-up).

We started off with an introduction to the session and the Warhorse project by our PI Oliver Creighton who highlighted how we are interrogating multiple lines of evidence – from horse remains through to artefacts, landscapes, documents and buildings – to create new understandings of the equine world in medieval England. ‘Zooming’ in from his professional-looking recording studio at the University of East Anglia, Robert Liddiard explored the historical context for horse breeding in the first half of the 14th century and revealed how place names can help identify key places within the royal stud network. Camille Vo Van Qui, staying on the historical side of things, gave an insight into the contemporary perception of the ideal (war)horse through Jordanus Rufus’ well-known manuscript De medicina equorum. Many participants reflected on how his descriptions of horses shine a different sort of light on the zooarchaeological evidence. 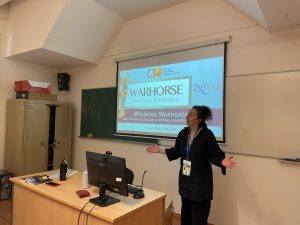 The practicalities of certain conformations and their ability to perform when ridden were at the centre of Markku Niskanen’s talk. His findings aligned intriguingly with our own results based on the biometrical analysis of medieval horse remains, which were presented by Helene Benkert. Her PhD examines changes and developments in horse size and stature across medieval Europe and the preliminary results confirm the predominance of pony-sized horses we proposed for England. As per their occupation, medieval warhorses were prone to injuries and other pathologies. Using some stunning imagery, Kate Kanne highlighted how this line of evidence may help in identifying warhorses but also other types of horse usage in the zooarchaeological record.

Using the case of medieval Brno (CZ), Vera Klontza-Jaklova presented her full-suite analysis of the horse skeletons which had been unusually disposed of in shallow pits in backyards. Sporting a variety of shapes and similar average size, these horses fall well in line with trends observed in the rest of Europe. In Poland, Daniel Makowiecki informed us that the historical information on horses is equally scarce as it is in England, despite the animal’s great importance. Interestingly, evidence for hippophagy suggests that the Slavic population consumed horse meat on a regular basis, a clear taboo in much of Western Europe!

Roman Shiroukhov took us to the Sambian Peninsula in Kaliningrad Oblast, Russia, to explore the distinctive horse burial rite in early medieval Prussia. He supported his investigations with stable isotope analysis and C14 dating to further our understanding of those horse burials or sacrifices. Returning to medieval Poland, Danijela Popovic presented the genetic aspect of the interdisciplinary project ‘Horses in Poland in the Early Piasts and Internal Fragmentation’. In this context, medieval equestrians seem to have had a fable for chestnut horses and, as in much of Europe at the time, stallions (or geldings). 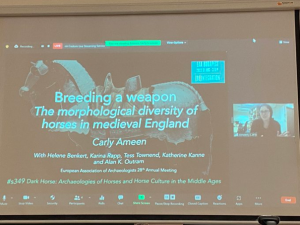 Continuing our exploration of horse conformation, Carly Ameen introduced us to her ground-breaking work on geometric morphometric analysis within the context of the Warhorse Project. She hopes to use GMM to detect in-life activity-related remodelling and usage-related conformation in metapodial and tarsal bones in horses. Alan Outram informed us how horse armour and horseshoes can contribute to the conformation debate, while discussing the problems posed by object design. Measurements taken from late medieval and early post-medieval shaffrons (head armour) as well as horseshoes largely confirm the average size estimates for the faunal remains. Our final speaker, Robert Webley, presented his work on equestrian material culture, specifically stirrups and bridle bits, highlighting its potential to connect iconographic, historical and archaeological evidence to better understand medieval equestrian culture.

Since Ludovic Orlando was, unfortunately, unable to join us and present his large set of genetic data we had some time to hear about Anna Szencsenyi-Nagy’s exciting new project for which she had prepared a poster. The project aims to explore how horses and humans interacted in Avar-period Hungary, using a variety of methods from traditional zooarchaeology to genetic analysis. We finished off this excellent session with a final round of discussions before relocating to the campus bar for some well-earned refreshments and more, friendly, debating.

It was a pleasure to hear about all this new and exciting research and to see the puzzle pieces fall into place with each new presentation. We would like to extend a massive thank you to all our presenters and the attentive audience for their interest, engagement and fantastic contributions. We greatly enjoyed the session and are excited to hear more about all the excellent work that was presented! 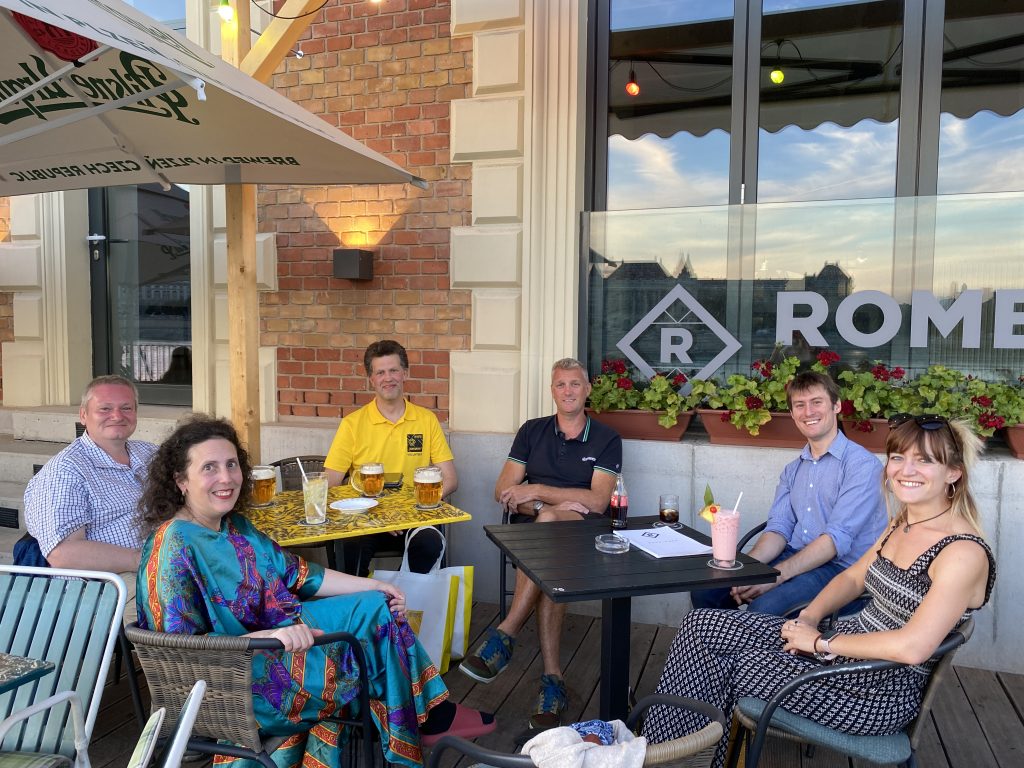 Part of the team and a couple of Exeter PhD students with their well-earned post-conference drinks. Cheers!