Did you know that medieval horses, on average, were no larger than modern ponies?

When thinking about ponies many people seem to imagine the smallest of their kind, something akin to a Shetland pony. But ponies are much more varied than that. The term ‘pony’ is an early modern invention and first appears in the mid 17th century, probably derived from the French poulenet meaning ‘small foal’. Nowadays, the Fédération Equestre Internationale (FEI) defines a pony simply as a horse that does not reach more than 1.48m (c. 14.2hh) at the withers. 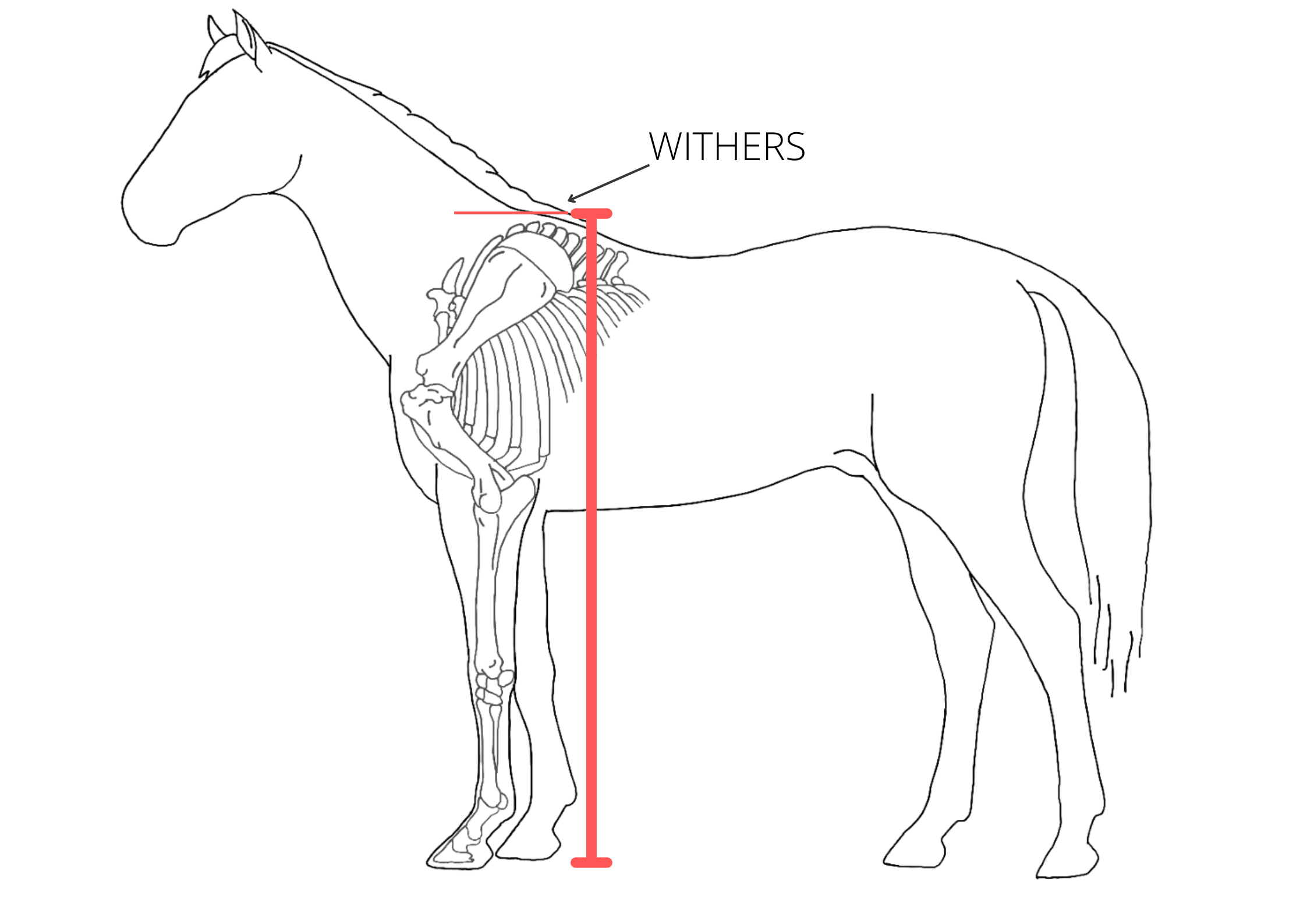 Withers heights are measured from the ground to the withers, the highest point at the shoulder. Technically, we are not measuring shoulder height but rather the top of the processes of the spine between the shoulder blades. HH stands for ‘hands high’ and is the common measurement for horse height in the UK.

That still sounds pretty small? Well, we recommend getting up close with a pony and see for yourself: they can be big, powerful animals! A modern Riding Pony for example, reaching 1.44 m (c. 14.1 hh) on average, weighs somewhere in the region of 390 kg (c. 860 lbs). Now imagine even just a few of them in full armour and with equally armoured and armed riders on their backs, charging at you. That must have been quite a sight.

Although medieval documents are notably silent on the matter of size, we know from the zooarchaeological record that horses in the Middle Ages mostly stood at 13 – 14 hh at the shoulder (see here for our study). Only very few animals reached withers heights beyond the pony threshold. It is only in the post-medieval times that larger horses appear more frequently and much later still when we first see horses of the size of modern sports horses and heavy drafts. 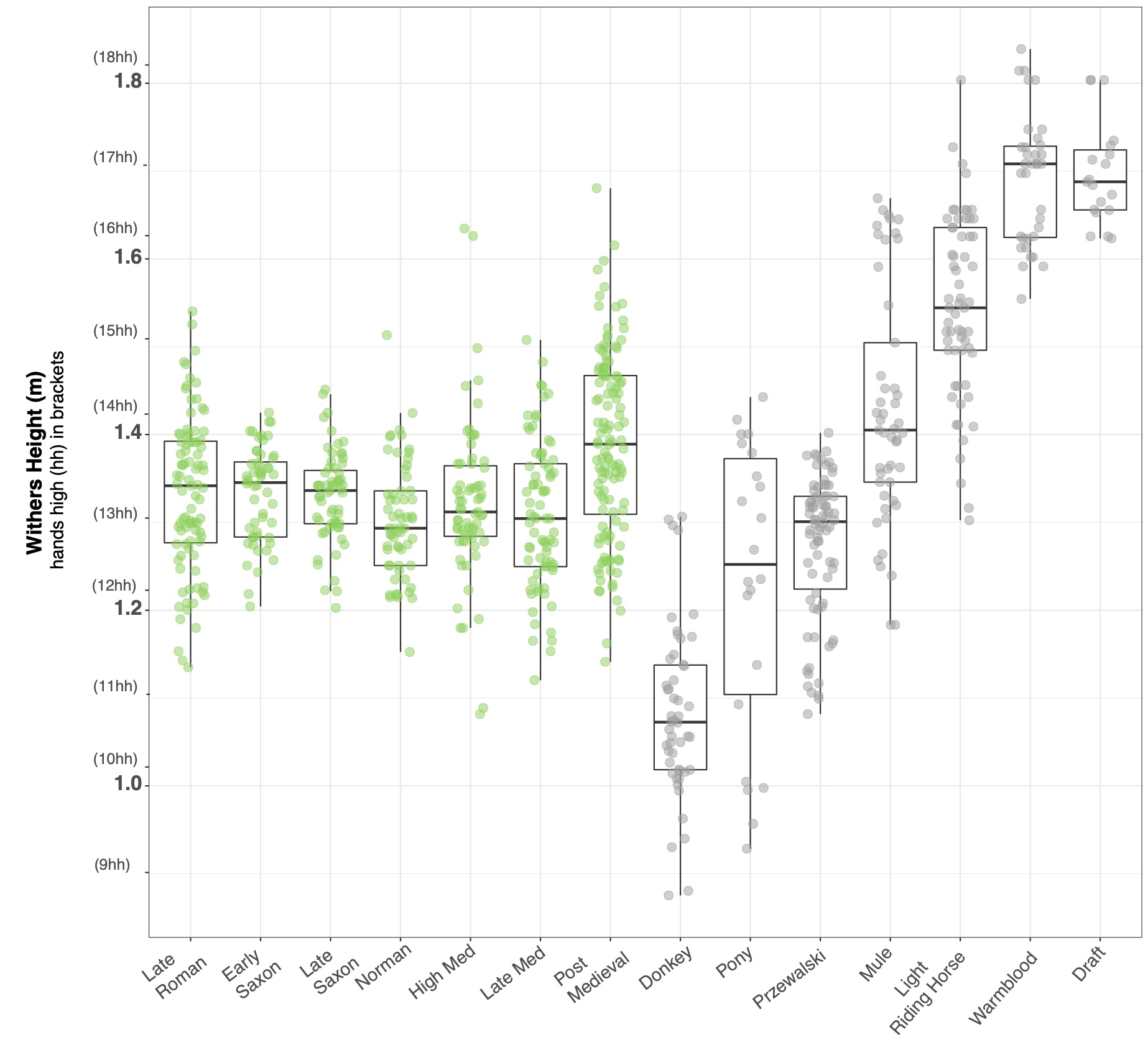 The change of withers heights in horses through time compared to modern animals (in grey). Each dot represents an individual within its population or time period, the thicker black line in the box shows their mean. Even the post-medieval mean is still within pony range but the overall range of the horses has increased and we see, for the first time, horses being regularly taller than 14.2 hh. 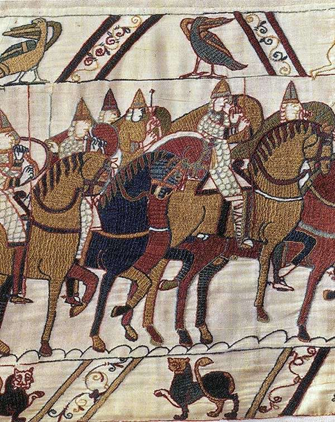 The famous Bayeux tapestry shows, like other medieval depictions, riders with their legs hanging below their mounts’ bellies. It confirms our archaeological findings that medieval warhorses were not the huge heavy beasts that people tend to imagine them as.

There are advantages to a smaller mount, especially in a warfare scenario. One of the more obvious ones is “mountability”. If you are unseated on the battlefield a smaller horse will make remounting, in armour, much easier. Big horses can often be a bit uncoordinated with their long limbs and may be more difficult to ride in good posture.

As with many species, it is the small ones that can be the most ferocious. Perhaps this made the medieval ponies especially suited to warfare. Historic documents instruct the medieval horse trainer to encourage aggressiveness in warhorses and there are even illustrated manuals that detail kicking and biting manoeuvres.

In the end, the size of a warhorse did not really matter all that much in the Middle Ages. Medieval writers didn’t even find it noteworthy, preferring instead to detail financial values, age, colour, origin – those were of more importance to the people dealing with horses. And their abilities, of course! Those that went on to become warhorses were carefully chosen, not based on size but their conformation and personality (check out our work on the royal stud at Odiham here), the life of people and success in battle depended on their skill and suitability.